Tobacco can save or destroy your Life: You Choose 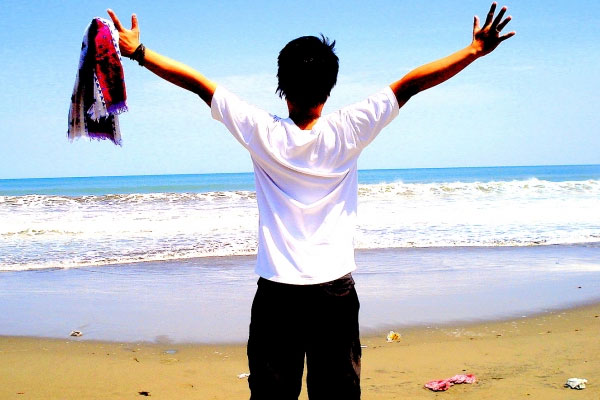 Imagine a world without tobacco. Hard to imagine right? That’s only because many of us perceive tobacco as a recreational tool or something of the sort. Some are even addicted to it. This addiction comes because tobacco contains a stimulant called Nicotine.

Tobacco has been said to be the single most cause of preventable death worldwide according to the World Health Organization (WHO). Enough to raise concerns right? If that’s not enough to keep tobacco at a distance perhaps it’s important to learn why No Tobacco Day 31st May exists in the first place.

Why No Tobacco Day?

Imagine if the world could be rid of diseases such as lung cancer, pancreatic cancer, chronic obstructive illnesses, heart attacks, stroke and the like? The risk of these diseases is greatly reduced in the absence of tobacco.

Users of tobacco develop tolerance and dependence on the alkaloid it contains, nicotine. This is very harmful to the body as smoking will allow thousands of different chemicals to enter the body. This addiction arrests the brain’s dopamine pathways and therefore the mind will no longer be able to priotize needs such as eating or drinking liquids over the need to smoke the Nicotine.

The worst part of the addiction is that while it can be controlled, it cannot fully be cured. Without a smoke, the individual will start building anxieties until they are relieved on the next tobacco smoke.

A large amount of pesticides is required to grow tobacco. Pesticides are bad for the environment because they are washed away into the soil with watering thus poisoning the ground. Pesticides are also harmful when consumed.

In children, continuous exposure of at least 50 cigarettes of nicotine can lead to a permanent change in the child’s brain structure and function.

Child labor including physical and sexual abuse in agricultural farming including tobacco farms, peer pressure leading teens to smoke tobacco for acceptance, green tobacco sickness which is nicotine poisoning and smuggling of the legal product are just a few mals to the society that come as an effect of Tobacco.

Should we therefore really tolerate this plant?

To be part of the No Tobacco Day, abstain from Tobacco for a full day. Encourage your friends to join you and turn this into your lifestyle for a healthier you and a healthier world.

However, it would be unfair to totally discard tobacco as bad. There are some benefits of Tobacco if used appropriately.

How Tobacco Can Save You?

Well, so how exactly can tobacco possibly save lives as well?

While medicinal uses should remain strictly to the professionals to implement, tobacco can be used to relieve ear and toothaches. Crushing tobacco leaves and applying them to the affected area helps to relieve the pain.

Tobacco leaves can also be used to relieve insect or snake bites and suck out its poisons.

Nicotine has also been said to help mentally ill patients.

It is quite ironic that when tobacco is being grown it is highly affected by pests but the same tobacco is a great insect repellant for the kitchen. By soaking a cigarette amount of tobacco overnight will allow the nicotine be released into the water. That water can then be used as an all purpose repellant.

While it cannot be said to be the most ideal way, tobacco growing is the only source of income for some. Even though the working conditions are not very good on some agricultural farms, tobacco is the only way of life for some. Tobacco has also contributed to some economies where they are grown.

It can thus be concluded that tobacco can only be ideal if kept from being inhaled into the body. So say No to Tobacco today.


Image Credit: Working with Tobacco by Maria Gabriela Altilio.
Hadassah Louis There is a drive that challenges me to make a positive difference in any small way that I can whenever I wake and it is for this reason I joined TIG: To Inspire. Inform. Involve.