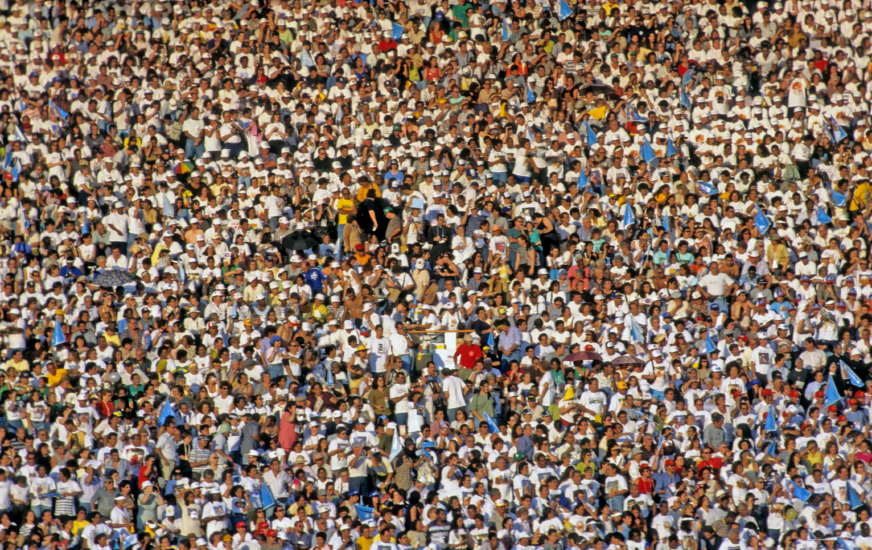 Growth is a good thing. Growth in excess is an incapacitating tumor.  So is the world population increase to 1 Billion people in the foreseeable decade a potential tumor; a tumor of overpopulation, youth unemployment, poverty, political instability, inequality, disease and environmental degradation to name but a few. If so, what qualified surgeon can save the Earth from this cancer or should population growth be curbed at all?

Consider why World Population Day is commemorated in the first place. Is it to celebrate the life of all populations or is it to focus on the confines on development that has come with a rapid population growth? There are many questions to be asked on the matter this World Population Day, but what the world needs is not questions but answers.

What are we supposed to tell the woman who has several children because it represents fertility and wealth in her humble society, or the high end CEO who has to pay more taxes in order that his government be able to feed those on welfare or the teenagers engaging in unprotected sex that could lead to an unplanned pregnancy, all in the name of World population?

Every citizen of Earth may feel the bite of World Population growth but it is very rare to find even one individual in that population who believes they have anything to do with it. The one in the seven million rising does not know s/he is the one and also counts. Therefore for our world governments to provide solutions that will work not only towards population control but also towards a healthy positive development, each and every of the seven million people has to know that they play an active role in this growth.

Individual knowledge of every Earth citizen on the matter of population growth is key to changing the Worlds speedy growth from a tumorous cancer to what could be a positive spurt of growth as is in a healthy youth.

How to have everyone understand effects on population growth:

Education is very important if population growth is to be controlled. This education should go beyond just sex education and include all other aspects of schooling. Education will not only help in managing population growth but will also bring about a development that would bring positive solutions to the mass.

Most important is to keep the girl child in school and enforce equality of genders because if a certain gender is oppressed, the male and female cannot function as a unit when it comes to controlling population growth. And if the male and female unit do not think on the same wavelength because of different education and/or upbringing that brings another hurdle in managing the population to a healthy margin.

The government of each population plays a key role in the mindset of the peoples under it. Until leaders lead by example not only in speech but also in action, the masses will not follow. World leaders ought to practice whatever it is that they are imposing on their masses in the name of population control in their own lives and families as well.

More than leading by example, governments need to be more creative and create jobs for youths as well as other engaging curricular activities so that the youth can use their energies on activities that develop the nations instead of procreating before they are ready to take responsibility of being part of the World’s growth.

Fast population growth represents a potential problem but the average world does not know about it. It is not talked about in small communities. It seems like a problem that is over there and not here. By bringing the message home to the ordinary citizens and integrating it into the small cultures through sensitization will allow individuals understand that the problem is not over there, it is here and now. Each human born today is making that difference. Media has to pick this baton and pass it over the world not only on World Population day but every possible day.

World Population growth cannot prove to be a good thing until we learn to maximize the world’s resources without replenishing them. We live in a big world with abundant resources that are guarded by close-fisted ‘guardians’; guardians guarding their own wealth at the expense of the dying common man with no access.

Until individual selfishness of ones with more than enough gives way and allows for development to develop, until the rich stop getting richer and the poor poorer then there is no place for speeches on the poverty that comes with population growth. We live in a big world that is extremely small. With good management and a hint of graciousness to support bodies combating the ills of rapid growth, the world may just get back on a less than self-destructive path.

Every individual is an active cell in the anatomy of the world population thus each individual is responsible for the direction World growth takes us. Whether the World Population growth becomes a cancerous tumor or a youthful spurt depends on that one individual. Of course there are cells that are more important in population control but in the body of the world, if any difference is to be made at all, we need to realize everyone counts.

It is a scary thought but it’s true. You are population growth.

Hadassah Louis There is a drive that challenges me to make a positive difference in any small way that I can whenever I wake and it is for this reason I joined TIG: To Inspire. Inform. Involve.