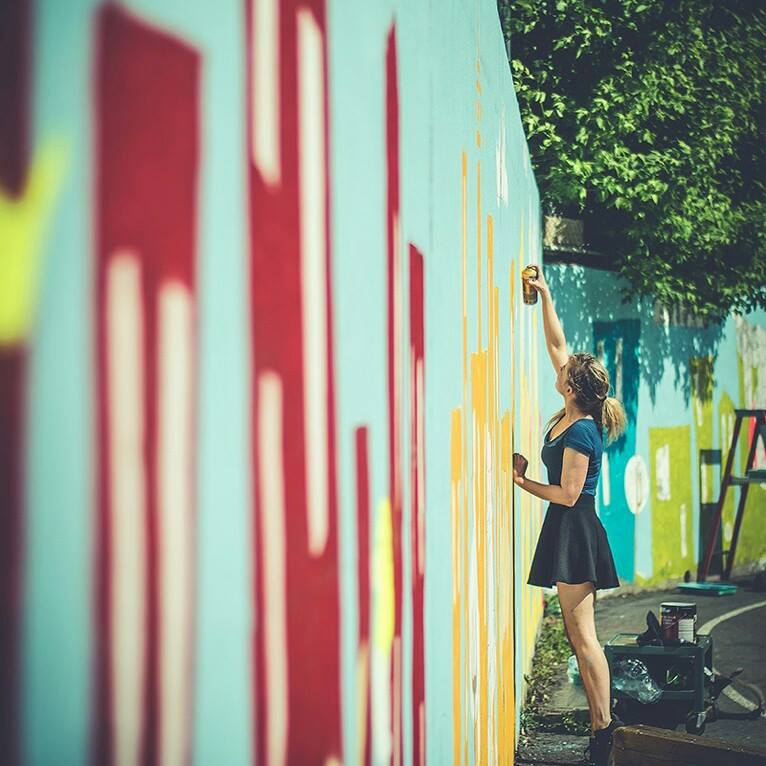 On April 27th I embarked upon the largest project, as an artist, that I have done to date.  During my time as a volunteer at TakingITGlobal I was approached by executive director Jennifer Corriero to create a mural for Fairbank Public School a school which is also a partner of TIG.  This would be my first community arts project and I was so excited to get started and collaborate with the students. During my first visit to the school I examined and assessed the wall which measured 122 ft by 10 ft.  I knew that this project was going to need a lot of hard work, creativity and a lot of paint!

I met with the Principal, Mrs Alvarez, of Fairbank Public School and we discussed what the mural should represent,  we decided upon the themes equality, diversity and inclusion.  Firstly I wanted to discover what these words really meant and what they meant to the students.  I wanted the students to be involved in all aspects of the design for the mural so myself and Mrs Alvarez, went from class to class where I was introduced to the students.  During the class I asked the students to discuss the themes, and had them draw scenarios depicting these themes. I would then incorporate their ideas into the overall design.  I asked the students to be as abstract, creative, silly and goofy as possible as I wanted the mural to be truly unique and I was so impressed with the work they had produced, a child’s imagination knows no bounds!

Fairbank are also involved with FLAP, an organization that works toward safeguarding birds in an urban environment.  So we decided there would be a focus on birds in the mural.  I met with some of the students and they shared their drawings and what they had learnt about FLAP and different birds that resided in Canada. Mrs Alvarez and I had discussed how Fairbank was an ECO friendly school and so we decided we would incorporate elements of a natural green environment in the mural. The mural would also include some nice typography of the school’s name and a beautiful quote by Clare Balding “If I am different I make no apology, and I hope that others will have the courage to be themselves and stand up for what they believe in, fight for those who need protection love who they want to love and be proud of it.”

The next step was for me to come up with the overall design that incorporated the students fantastic ideas, this involved a lot of planning, prepping and sketching.  It was a big space to fill and I was going to need a lot of paper!

Once the initial design was decided upon, the next step was to start prepping the wall.  This involved firstly washing the wall with soap and water and removing any debris. Having the height advantage over some of the students,I cleaned the higher part of the wall while the students cleaned the bottom half.  A white primer was then applied I was so grateful to have the students help at this stage as it can be very time consuming but the kids were so amazing and fun to talk to that the time just flew by.

The next stop was to get the outline for the design on the wall.  The wall was split into 7 panels, I took the measurements for each and scaled them down. I then drew the outline.  Which I would then project onto the wall.  To do this I copied the drawings onto acetate, clear sheets of plastic.  I borrowed an overhead projector from the school (and about 15 extension cords so the projector would reach outside, luckily it did!) A friend and I went under the cover of darkness to do this so in order to see the light from the projector.  About 20 sharpies later the outline was in place and over the next coming weeks I would have the students help fill in the blanks.

I was overwhelmed by the amazing attitudes and willingness of the students. Everyone was eager to help, which created an awesome atmosphere the students had a lot of fun, which in turn meant I had a lot of fun too! The students ages ranged from 4-14, so for the younger students I had them help paint the larger areas and block colours, while the older students would paint the more detailed and difficult areas.  I would then go over the outlines myself.  I learnt that giving paint to six year olds is risky business. Not only did the students enjoy painting the wall but really enjoyed painting each other too! There were many fantastic artists in the school too, and the mural gave them a fantastic opportunity to showcase their talents.

The mural was finally complete on the 24th of June 2015, just in time for the students Summer break.  A coat varnish was then applied to the wall to protect it from the elements.

Overall the project was a great success.  I wanted the students to create something for them by them, something they can be proud of every time they look out the window and go to recess.  The colours and the characters were bright, energetic and happy which was a great reflection of the students themselves at Fairbank Public School. It was wonderful to watch the younger students play with the mural while the older ones took selfies and shared them online.  It was certainly an amazing and rewarding experience I will never forget and something for the students to look at and be proud of for years to come. 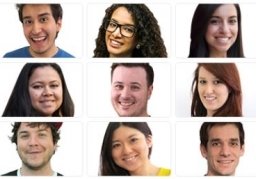