Here's the story of a people who are learning how to overcome the odds of recovering from the effects of the oppressive rule made of the codes of silence from the private sector associated with the Official secrecy from the public sector.

In 1968, someone by the name Pierre Valliere wrote a book to offer French Quebec people with a sense of what is wrong with "our identity" during the 1950s and 1960s.

To French Canadians People like my dad born in 1916, the title alone struck and heavy minor key that no one with some French Canadian history in their blood could shake off.

The title is: "The white nigers of America."

Two years later, 1970, Quebec ended up into "The October crisis", in which violence erupted such, that war measures were called in for a short while; just long enough to address the issues of the moment, but also long enough to cause a shock that marked a point of no return to the old ways of doing business at the expense of all and of everyone, with no regard for the imbalances, while pushing never endingly for more profit and power, with and without corrupted means.

Pierre Valere condemned the violence publicly and dissociated himself from the organization that caused the violence but it was too late to bring back the one person, who lost his life in the ordeal, who was a Québec politician name Pirre Laporte.

Since then, Quebec population went back to the initial idea of "The Quiet Revolution", begun in 1960 when the expression was coined by Jean Lessage, who was then Premier of the Province. The slogan of the revolution was: “Maître chez nous”, meaning, “Masters in our own house”.

This is how Québec's Authorities are now positioned as a potential ignition to the pilot light of the greatest, legal laundering movement in history, by hosting the cleaning up of genuine PPP's, following through at the conclusions of:

Now, reaching into longer term history to connect all the way to Africa, Québec would then become positioned to meet up with French Africa to engineer "The Cleansing River".

The Cleansing River is when immigration is released to host the healing to recover, to learn and to return to their point of origin, with all the homeward bound experiential knowledge along with all the support of safely and well being needed for the task at hand.

While Quebec proceeds this way, English and French Canada finally reach justice, peace and joy activation with all Aboriginal people left, away from the oppressive corruption’s rule, resetting all relationships with nature that are called for.

Once Aboriginal, French and English Canada sprouts and blooms with all of our citizenship, we are then position from coast to coast to coast to open up The Cleansing River to host all refugees and immigrants in need with the best that humanity has to offer to heal, to recover, to learn and to return to their point of origin, with all of the homeward bound support of safely and well being that stretches from personal to communal to global in real time of reality's callings.

“” The day that investment's basis and initial Return On Investment become recognized to be the people's time and energy of those who invent and labour at any and all initiatives,then we'll be on the threshold of true value to drive money where it belongs as opposed to where it goes on oppressing. “” 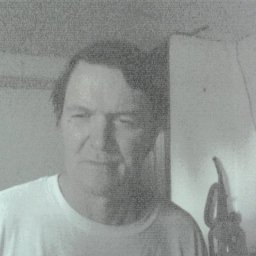 BenoitCtr I look for all the best opportunities that come my way to participate any way I can on the recovery road that stretches from self-destruction to self-control to community governance.